After a hiatus, I’m back with a new update to Audio Glow. I’ve overhauled the themes system to make it simpler to use, and I’ve added the option to automatically cycle through color palettes and the different visualizations.

There is also a new pair of visualizations available for purchase: 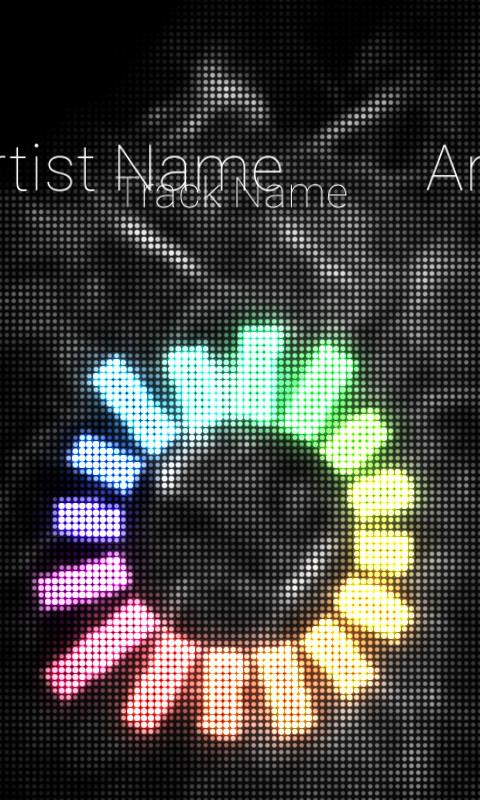 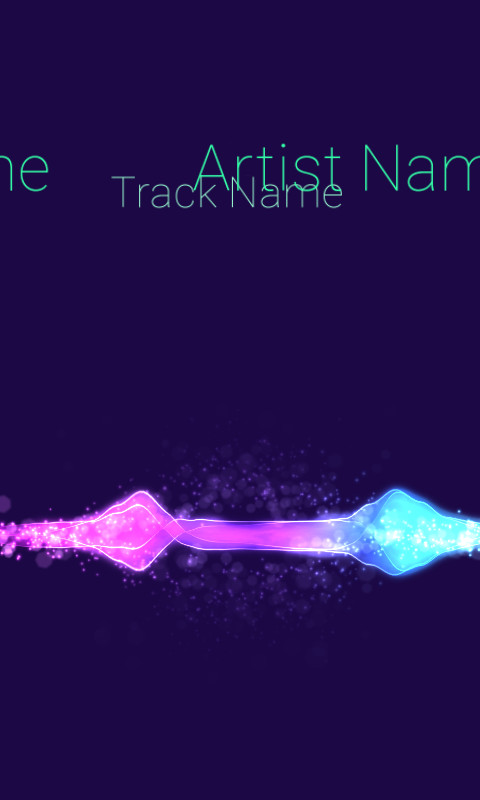 Looks like I’m out of the habit of updating this news page! A few months back, I put out a big update for Digital Embers. I rewrote almost the entire thing from scratch to optimize some of it and to give the sparks three-dimensional motion and depth-of-field effects. If you haven’t used it in a long time, it’s worth taking a look at the update!

I’ve also updated my settings screens so the color picker and various other settings match Google’s Material Design guidelines, and have some animation to them. I’ll be rolling these out to my other wallpapers as I update them. 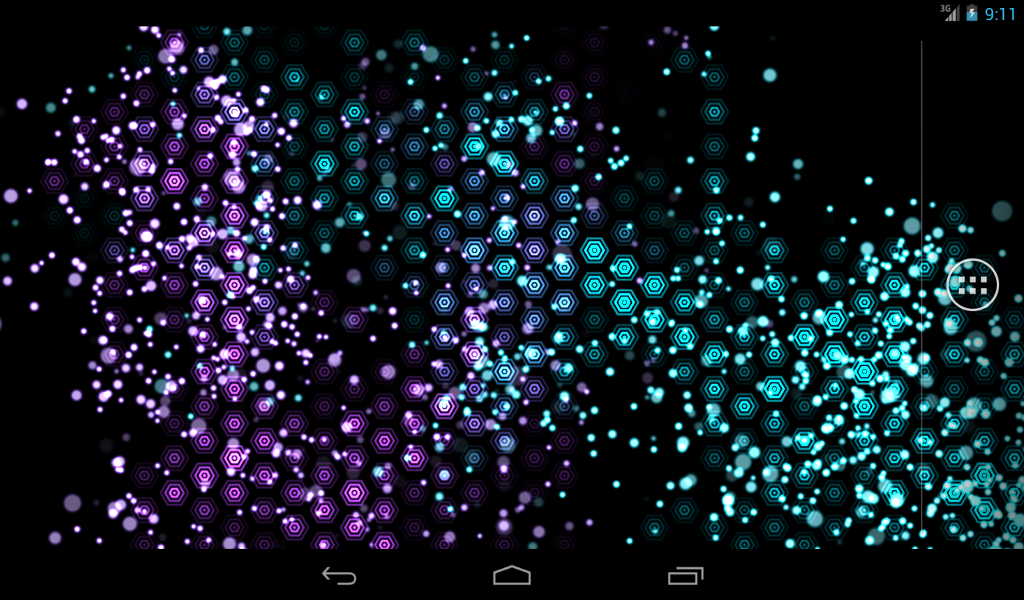 I just released my first new live wallpaper in two years (I’ve been working on some other projects). This one simulates reversible sequins, like the ones found on some pillows, clothing, and purses. I was mesmerized when I came across one of these pillows in the store, so I thought it would make a mesmerizing interactive wallpaper!

Double Helix is now an Android Experiment, and it’s open source, so you can take a look at how it works. Email me if you have questions about it. Code comments are sparse now, but I may add to them if there’s interest.

One part of what makes live wallpapers fun to design is that the camera isn’t expected to move all over the place (as is usually the case with games) and the scenery can therefore be quite limited. That gives me the opportunity to make approximations of effects that might otherwise be too taxing for a phone. For example, in Double Helix, the helix shape itself is what enables the thickness calculation in the shader from the mesh’s tangent vectors (as mentioned in my previous post). 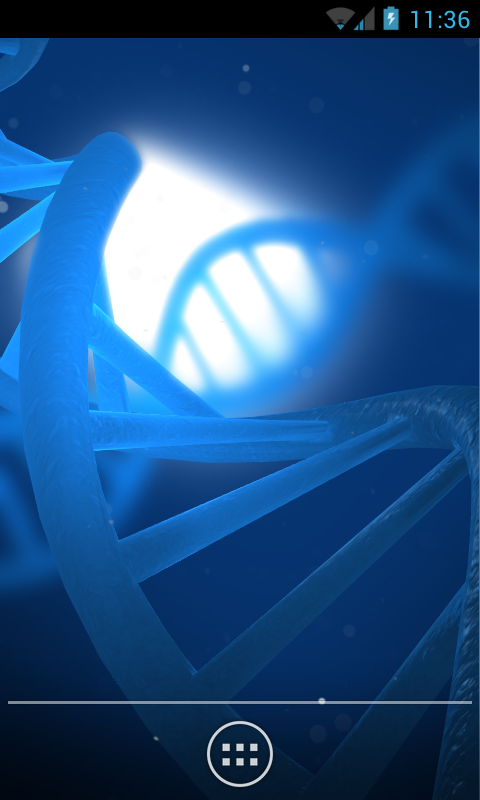 It has been way too long since Neon Microcosm got an update (almost 3 years), so I decided to do a complete refresh. I rewrote it using shaders that draw each cell in one pass with one texture lookup, instead of three passes like it used to with the OpenGL ES 1.0 fixed function pipeline. With the fill rate savings, we can afford to draw enlarged background blur, which looks more like bokeh.

I also added a animated, bump mapped background that fits in better with the depth-of-field look. And I dropped in the optional post-processing effects from Lifeblood (scan lines, vignette, and film grain). Here’s a before-and-after comparison. 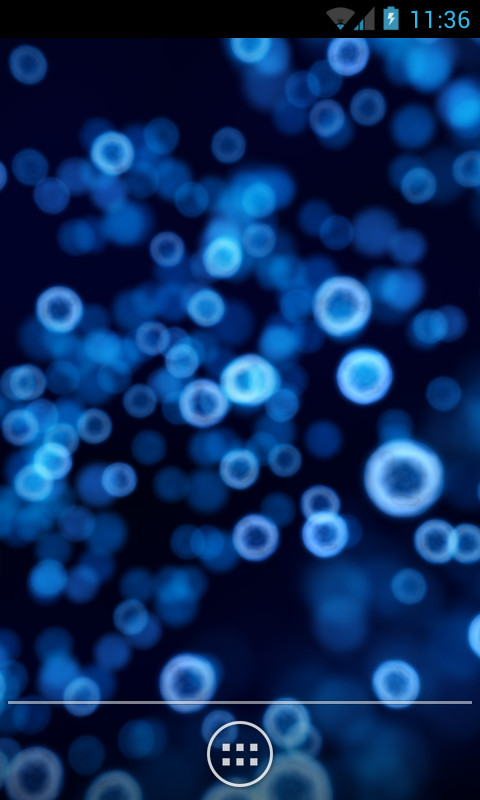 Unfortunately, due to new rules Facebook is imposing and enforcing as of May 1, CheckIn will cease to function on that date. I have already removed it from the store. If you have purchased it since January 1, 2015, or if you feel you weren’t able to use it enough to be worthwhile, please log into Google Wallet and request a refund. I will approve all refund requests for purchases after that date.

I apologize for any disappointment. Facebook has a set of guidelines that third party apps must adhere to, and their newly updated guidelines will be enforced as of May 1. As of that date, all apps are reviewed by Facebook before they are permitted to function. The guidelines that CheckIn would likely be rejected for should I submit a revised version of it:

I feel either of these might be debatable, and there’s a small chance they could get approved, but I don’t want to risk the time investment to overhaul the app for the new API for a small shot at getting through.

Sorry again for any disappointment. I’m disappointed myself, as CheckIn was my first published software of any kind, and it has been exciting to see how many people have enjoyed it.

If you wrote to contact at cyphercove dot com recently, I apologize for the lack of response! I didn’t realize the email address wasn’t responding (and chalked up the lack of incoming email to the Thanksgiving holiday). It’s fixed now.

I added new surfaces with improved lighting. It can also be used as a daydream now.

I just uploaded a new Audio Glow update that has two new visualizations: